Get Smart About Social Media Depression 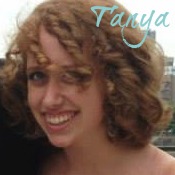 And in some ways, this is pretty freaking amazing. We are so much more aware of what’s happening all over the world. We can stand up with people we’ve never met to raise awareness of issues, whether that’s the Kill the Gays bill, rape as punishment, or the plight of refugees.

No, what I’m talking about is social media depression.

I’m not one to overuse the term “depression” (this comic nails why that’s so bad) nor, as someone who writes and edits for multiple digital media sites, am I going to suggest that you give up the internet altogether—but it’s been proven in numerous studies that time spent on social media is linked to depression.

In fact, Northwestern University recently discovered that people with depression use their smartphone for four times as long (excluding call time) as people without depression. Northwestern’s program then successfully picked out people with depressive symptoms, based on how long they used their phone for anything other than calling people, 87% of the time. And sure, that time could be used for sending text messages—but it’s far more likely to have been spent on the internet.

Researchers from UWE, the UK, and the Flinders University, Australia recently did a study on 200 girls between the ages of 10 to 13 and found the most powerful predictor of depression, anxiety, and body shame was spending more than five hours a week on social media. These are girls aged only ten to thirteen. And that’s 42 minutes a day. Divide that by time checking Instagram while waiting in line for the bathroom, responding to messages on Facebook between classes, and Pinteresting on the train—and it doesn’t take long to reach that 42 minutes.

At the same time, the internet can be a great way to keep in touch, get involved with society, and learn. So read on for our tips on how you can get smart about using the internet in a positive way.

1. How many social media accounts do you actually need?

Okay, I get it, most people don’t want to delete all your social media accounts. One, if you do that, you miss out on all the fun. No more event invites, no more knowing all the gossip. Two, it’s actually nice to keep in touch with people miles away—especially if you’ve gone away to school.

However, how many do you actually need? Are all of them satisfying? If some of them aren’t actually adding anything of value to your life, deactivate your accounts. You’ll be amazed by how good it’ll make you feel. 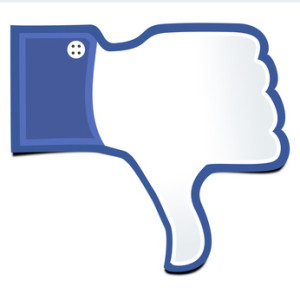 Do you need to see photos of your ex on vacation with their new partner? What about that person you spoke to once who always posts photos of themselves in designer clothes? Wouldn’t you feel better if you didn’t see every aspect of their edited lives?

So get rid of them. Remove them from your social media sphere.

Word of warning: friend culls can make you feel great, but you might live to regret deleting someone. If there’s a chance you’ll have to re-add them in the future, try just un-following them instead.

Limit your internet usage. First of all, decide how long you think is acceptable to use the internet for fun, as opposed to for studying/work, on a daily basis—and keep to that limit (ish).

Secondly, make a list of positive internet use and negative internet use. For example, positive: messaging a friend. Negative: spending thirty minutes on fmylife.com (most of the things on there aren’t even funny, anyway) or arguing with internet trolls you’ve never met about their sexist attitudes.

You sit down to write an essay. One hour later, you’ve got a title that needs to be improved, the introduction, and 1½ lines of the body. Congratulations, that’s 205 words of your 4,000-word assignment done.

You have, however, liked your cousin’s wedding photos, written about 200 words on chat complaining about the essay to your classmate who’s also in agony over the approaching deadline, and watched videos of puppies wearing socks (adorable, but not productive).

In the meantime, that feeling of stress is only increasing.

The answer? Give up the internet. If you’re doing something productive, banish social media, Wikipedia, BuzzFeed, and any other non-research based internet browsing. Feel like you need a break from the hard work? Instead of opening up Facebook, make yourself a cup of tea or do five minutes of yoga. Once you’ve finished that essay in a timely fashion, those puppies in socks will still be waiting for you—and, even better, you’ll be able to watch them guilt free.

News feeds are the most soul-sucking, time-consuming, happiness-draining part of social media. Sure, there are genuinely good pieces of news in there, such as your friend’s new boyfriend (but you knew about that anyway, right?) or your brother passing his driving test. Yet is it worth reading five angry rants, seeing three people’s lunch photos, some drunken party pics, a beach snap, and several recommended posts just to see one piece of genuinely important news? I think not.

Of course, you don’t want to miss out on the good news completely—but you don’t have to. For a start, most social media sites use algorithms to put the important news at the top of your feed so you don’t need to scroll down at all. Secondly, you can create lists of your important friends. So instead of entering the black hole of doom that is a news feed, check your notifications, messages, and profiles/lists of your friends—and then sign out.

That’s it. You’re done. Now go do something fun, like riding a bike along a river, reading a book, or watching a movie.

Feel yourself getting grumpy, lethargic, or despondent while on the internet? Instead of heading to Upworthy or Distractify in the hopes of amusement, go and do something.

Okay, that’s easier said than done, but bear with me for a moment. Take a piece of paper, or open up Word, and make a list of fun things you can do in your free time. Now stick it near your computer and, next time you’re bored and on Facebook, go and do one of those things instead. Isn’t that much better than reading about some celeb scandal or stalking that friend of a friend you don’t even know?

The internet is part of our lives, most probably for good (unless there’s some post-apocalyptic future coming up, in which case we’ve got bigger things to worry about). And the internet can be an amazing thing—but just like anything else, we’ve got to use it in moderation for it to have a positive effect. Follow these six rules to ensure it makes your life better, not worse.

About the Author: Tanya Newton

Originally from Britain, currently living in Japan, and planning what to do next, Tanya is looking to build a career around words. As a Literature graduate of King’s College London, she would happily spend all day reading books. Instead, Tanya spends her days teaching English; studying archaeology, marketing, and Japanese; and looking after Valjean and Javert (the pet hamsters). She is also a salsa dancer with a permanent craving for tea, and a firm belief that there is always something new to learn.