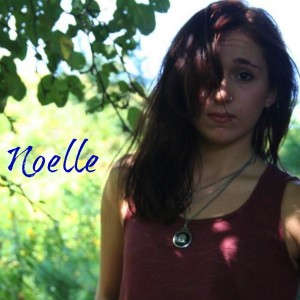 About three years ago, my mom asked me to keep an eye on my baby cousins in the pool. She immediately apologized, realizing I only had one eye with which to watch them. I didn’t even pick up on the irony of her remark until she apologized. I laughed and told her it was okay. I was eight years old when my cousin shot me in the eye with a BB gun. I remember hearing a scream and blacking out. When I woke up, seconds later, my cousin was carrying me into the kitchen; it was then that I realized it was me who had screamed.

Looking back on that day, I can vaguely recall what I was thinking and feeling, but the emotions and actions of those who were around me cling to my memory. I remember the terror in my cousin’s voice when he realized what he had done and my uncle’s calm voice as he dabbed my eye with a wet paper towel, telling me everything would be okay. I remember my aunt frantically waving her arms out the window when the car horn wouldn’t work on the way to the hospital. From that point, until I reached the hospital, all I can remember thinking to myself over and over again was “it’ll be okay.”

After my first surgery, the doctors told me that they couldn’t repair the damage and that my eye would have to be removed. I don’t really remember how I felt about it all. I was so overwhelmed by the emotions of everyone else I didn’t even have time to process my own emotions. I just know that I was sad for my cousin. I was sad that he had done what he did, and that he would have to live with the regret of hurting someone he really cared about.

I believe that, because of this day, I know the importance of staying calm in hectic situations, letting go of animosity, and accepting challenges. Ironically, having a fake eye has helped me to see things more clearly. When I was little, I remember asking my parents if I could wear my clear prosthetic eye for Halloween, thinking it would be funny to scare people; they thought I was kidding. In the beginning, most of my humor and lightheartedness came from wanting to make my family happy and know I was okay, but in the process of making them happy, I made myself happy. In return, that helped me grow and move past my conflicts. Now, I do not have to fake a laugh when my fake eye causes me to bump into a person or a wall; the laughter comes naturally.

As a kid, it was easy not to care what people thought, but as I got older I worried about being observed and criticized. At times, my self-consciousness consumed me. Every day I look into the eyes of people around me, and I’m reminded that I am different. But we all are different, and with those differences come a variety of strengths and weaknesses, unique to each person. When I am on stage performing, driving my ATV, snowboarding, or doing some of the many other things I enjoy, I am reminded that we are not defined by our circumstances, but by the choices we make on how we deal with the situations we’re put in.

About the Author: Noelle Odell

Noelle is a junior at SUNY Oneonta. She is a psychology major and is minoring in studio art and biology. She loves spending time outside, singing on stage, riding ATV’s, and being with her family, friends, and pets too, of course. Noelle is always seeking challenges and new ways of expressing her creativity as much as possible. Noelle is a imaginative individual who is determined to help others.