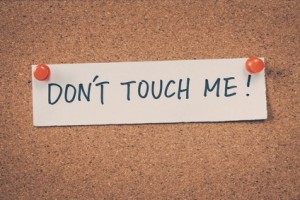 Going away to college can be one of the most enriching and positive experiences in one’s life; you are exposed to a new environment, new friends, and new experiences. These 4+ years can contribute so much to one’s growth, and have a positive impact on one’s personal development, but unfortunately, it can also come with certain potential dangers.

Sexual assault is an epidemic on college campuses nationwide, and it needs to be talked about. Prevention through education is one of the most effective ways of reducing the number of occurrences. According to Rainn.org, 23.1% of female undergraduate students and 5.4% of male undergraduate students experience sexual assault during their time at college.

In order to prevent these crimes from occurring, students can help by being intervening bystanders, and stepping in (safely) to stop a dangerous situation should it arise. Knowing how to access resources for sexual assault survivors is key, because they may need to seek medical attention, psychological care, support from a sexual assault survivor’s center, and/or the police to report the crime (only if they want to press charges—please do not force the survivor to do this, as it can be traumatizing). Reporting sexual assault to the police may help get the perpetrator off campus and help keep other students safe, but this should only take place with the consent of the survivor.

Understanding that sexual assault is never the survivor’s fault is very important. In no situation is one obligated to engage sexually with someone else, even if they have had sexual contact with them in the past, if they have agreed to previously or if they are under the influence and saying yes. in these situations, there is no consent.

Consent is defined as an explicit agreement between mature people to engage in sexual activity. Consent is mandatory, and if there is no consent given, or someone is unable to give consent, then it is sexual assault.

Certain precautions one can take to avoid dangerous situations while on a college campus include: traveling in groups of friends, checking in on your friends at parties, holding onto/pouring your own drink, do not leave alone with someone you don’t know, and making sure you watch over your friends (along with anyone else who appears to need help), especially if they happen to have drank too much.

Another issue that arises within this larger issue of sexual assault is victim blaming, which consists of shifting the blame of the attack onto the survivor. Blamers claim that the survivor did something to provoke or deserve the attack, which is never the case. Sexual assault is never the survivor’s fault, regardless of what they wear, how much they (may) drink, who they spend time with, where they spend their time, or with whom/how often they have relationships.

For more information on sexual assault statistics, protection, resources, and what you can do to help please visit www.rainn.org.

About the Author: Bonnie Kester

Bonnie Kester grew up in a small town on the south shore of Long Island, New York. She is going into her senior year of college at SUNY Purchase, where she is double-majoring in Psychology and Gender Studies. After graduating in 2018, she hopes to go into a counseling psychotherapy graduate program. Bonnie loves to travel; she has travelled to many countries, most of them in Europe and the Caribbean, and hopes to travel more in the future. Her interests include riding her bike, drawing, painting, and relaxing at the beach. Through the Get Smart Internship, she hopes to utilize her strong sense of empathy to connect with other empowered women and reach out to those who are struggling with the tasks of young adulthood and hopefully make a difference in any way she can. Through this internship, she hopes to be able to hone these skills in her future career as a counseling psychotherapist.