A Teen’s View: Why its great to have (boy) friends!

Girls often question themselves by thinking it’s not okay to have a guy who is just a friend. I think it’s great when you have a guy friend, sometimes. Guy best friends because usually hate drama which is such a RELIEF! (unless that’s all they feed off of, remember, its high school).

I think having a lot of guy friends is fun! Who minds having a few extra people in my life who treat me with respect and would take a bullet for me? People might be rude and think you are different or even be jealous.  Do what makes you happy! The people who are bothered don’t matter and they won’t matter especially after high school. 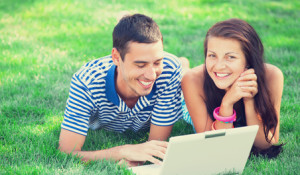 5 Signs you have a GREAT Guy Friend!

Even though its not the point, and it might sound weird, but one of your guy friends could turn out to be someone you date. It might sound “icky” and you probably sound like a four year old again saying “ew cooties,” but as much as you think he’s like a brother to you, he could actually be a pretty good partner. I mean he knows a lot about you anyway and he treats you the way a guy should treat a women. Now I’m not saying go and find as many guy friends as you can and one of them WILL be your husband!. Just let it take its course, if it happens it happens. It doesn’t mean you have to go searching for a boyfriend/husband in your guy friends, just have fun. Remember, you are in high school; you have a while to think about a serious relationship. Either way, learning how to have men as friends is a great skill to practice now. You will be working and living around both sexes forever so best befriend them both!

To receive weekly motivational email for Get Smart targeted to your age, click here!

Want to write for us? Be a Get Smart VOICE! Click here!

About the Author: Cassandra Finno

Cassie is a rising high school junior who is very active in athletics and committed to academics. She plays volleyball, softball, and has been on the swim team. She is outgoing and knows who she is. Cassie is committed to helping teens stay confident through the ups and downs of high school. She'll be sharing more about this in the future so stay tuned!