Get Smart about Rape Culture: Speak Out against Violence 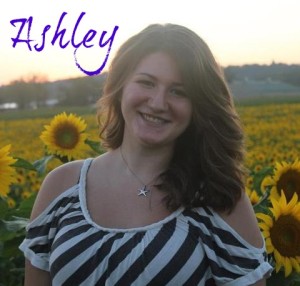 Our culture has become notably lackadaisical on its tolerant attitude toward rape. This considerably lax approach is a facilitating factor in issues ranging from sexual harassment to rape. Due to this unfortunate fault in judgment by many people, we have created a culture known as “rape culture,” where rape is normalized and trivialized.

When a human being is treated as a commodity, something to own or use, they are being objectified. Objectification is so common among our media that we often forget it exists unless we are paying attention. Look no further than music videos or beer commercials where women become objects for consumption. An even more literal objectification is ‘catcalling,’ where individuals become nothing more than an item to be possessed. It’s not a compliment. It’s harassment and it perpetuates rape culture, continuing the cycle of telling people that something that makes them uncomfortable is okay because society tells us to expect it and accept the behavior as just.

Rape is defined in the dictionary as: unlawful sexual activity and usually sexual intercourse carried out forcibly or under threat of injury against the will or with a person who is beneath a certain age or incapable of valid consent; an outrageous violation. While this is a relatively correct definition, it’s important to note that by assuming only women can be raped, we are further maintaining rape culture. Men are among a staggering percentage of assaults that occur in the U.S., but they are often unreported due to the stigmas associated with male rape. With that being said, the overwhelming amount of rapes that occur in the U.S. each year are the assaults of women. Sexual violence other than rape includes sexual coercion, unwanted sexual contact and non-contact, and unwanted sexual experiences. Consent is what makes sex acceptable between two agreeing human beings and consent is what makes any sexual encounter okay.

Many victims experience shame after their assault. This can be for a number of reasons, the first being the assault itself. Then it moves into how their body may have reacted during the assault as well as what their rapist may have said to them during the attack. With all of that on their shoulders, many victims receive the most shame from family members, friends, even outside parties. A victim is asked what they were wearing or how much they had to drink; what they did to facilitate their attack. A victim is often shamed for any actions prior to their rape, which is what we have come to know as victim blaming. If she didn’t wear that skirt or if she didn’t have too much to drink perhaps she wouldn’t have been assaulted. The simple fact is, I could walk around Time Square butt naked and no one would have the right to touch me, let alone assault me. No one has the right to touch you or violate you in any way. Even further, no one has the right to shame you for an assault that wasn’t your fault.

Rape Culture desensitizes people to rape and sexual assault in society. Rape has become a common crime, particularly among the younger generations. It’s present in music videos, songs, video games, and even sports. It’s become a punchline in the media, a sob story about the potential that rapists had before they raped, but there is never any talk about the victim besides blaming them for the assault. By blaming the victim, we continue the culture surrounding rape and allow ourselves to be desensitized of anything involving the rape or the assault. The media turns a blind eye to the victims, focusing solely on the perpetrator. All of these things culminate to create a culture that is tolerant of rape and further desensitizes us from the issue and prevention.

The only way to prevent rape is to teach individuals not to rape. Respecting a woman or a man’s right to say ‘no,’ means you respect them enough to stop. Unfortunately, there are still people who don’t respect another person’s consent. For this, the only prevention is to be safe and be aware. Don’t take drinks from people you don’t know at parties; actually don’t take drinks from anyone at parties. Get your own drink. Always be aware of your surroundings. Out of the number of rapes that occur each year, a large percentage of the victims have known their rapist prior to the rape. The prevention of rape shouldn’t just fall on the shoulders of women. Men are also responsible for preventing rape by leading by example.

There needs to be a day when I don’t feel fearful walking down a dark street alone; where I don’t have to have my keys ready as soon as I leave a public place, or even my house, for fear of being attacked. There needs to be a day where rape is no longer tolerated within our society and where victims are not blamed for their assault, but rather, are helped to find justice for their attack without stigma or prejudice.