Get Smart about Education for Women 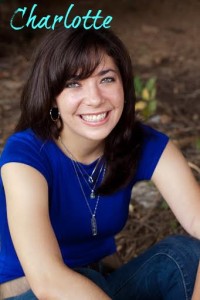 Women are globally more susceptible victims to these injustices. Why? Because 66 million girls are out of school right now, and 33 million fewer girls than boys are in primary school worldwide.

These are a few facts from the recent documentary Girl Rising. Something else the documentary shares: “In spite of the fact that educating a girl is one of the highest return investments available in the developing world, millions of girls just aren’t making it.”

But, young women are beginning to stand up for their education. Not only those featured in Girl Rising, but you may have also heard of Malala Yousafzai, who was attacked for going to school. Now, while in school, she received news that she will be honored with a Nobel Peace Prize this year. 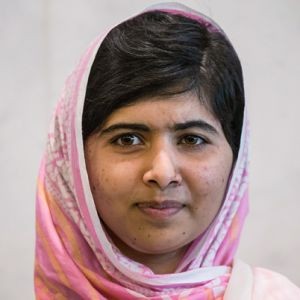 So, if you’re an educated woman, think of women like Malala who had to face physical attacks when she went to school. Think of those 66 million girls worldwide not getting an education. Think of all of the women in the United States who petitioned for our vote in 1919, and have been fighting for equal rights and education. Think of all of those days you felt too tired to go to school, or crossed your fingers for a snow day. Now, think of all of the girls who wish they could take your place. Think of all of that power you have since you have a high school or college degree. A degree is a statement of your knowledge and wisdom, and can be yielded against the many injustices of the world we face today. Your education is a deadly weapon against ignorance. 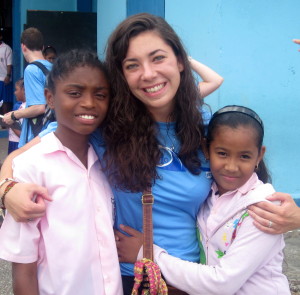 Right now, I am a student teacher, and I teach English as a second language. I work mostly with immigrants and refugees, many of whom are fleeing from terrible situations, and are now receiving an education. I work with these young elementary school girls, helping them to communicate, helping them pursue literacy, and I cannot help but be joyful that these girls are beating the odds. The education they are investing in today is going to be the foundation of the great leaders and thinkers they will become when they are grown women.

So, if you have been blessed enough to receive an education, please take a moment to be thankful. Be thankful to your parents, teachers, and yourself.

Now, be an advocate for education. Be an ambassador for promoting education globally for young women. Why? Because you’ll be fighting AIDS, terrorism, abuse, assault, genocide, gendercide, and injustices everywhere. Do it because you will be advocating peace, raising the global economy, and reaching out to communities around the world. Do it because educating women will help global health:  “A 1% increase in women’s literacy is 3 times more likely to reduce deaths in children than a 1% increase in the number of doctors.” (Source: The State of the World Population, UNFPA, 1989, United Nations study of 46 countries.)

You should do it for your sisters, your friends, your mother, your teachers, and yourself. Be an advocate for education. Use your education to give yourself a voice, and lend it to those without one. Speak up.

“I raise up my voice not so that I can shout, but so those without a voice can be heard.”
– Malala Yousafzai

About the Author: Charlotte Kimmel

Charlotte attends Virginia Tech, where she earned a Bachelors degree in English with a minor in Classical Studies, and is currently working on her Masters in Education, specifically for teaching English as a second language. While in Undergraduate School, Charlotte led was a member of a service sorority where she volunteered with the Coalition for Refugee Resettlement, Special Olympics, and other local organizations. She is a member of the Language, Violence, Non-Violence Research Group where she is currently studying the effects that language can enhance and limit education, thus promoting peace or violence. Charlotte has taught her own writing classes, and is now part of an ESL teaching internship while she obtains her licensure to teach. She hopes to continue to be a part of empowering young women from all cultures, and encouraging their education