“Books are the plane, and the train, and the road. They are the destination, and the journey. They are home.” ~ Anna Quindlen

In our modern era, it’s hard to find female role models that empower women, but also show them that part of being human means showing a range of emotions. Heroines can be weak, but they can also be just as strong. Through many works, writers, producers, and directors create a platform from which many teens base themselves on. They want to be similar to their favorite characters, both in body and mind. Heroines in literature have the distinct ability to influence adolescent minds and ultimately affect their self-respect, body image, and view of the world around them.

Characters such as Hermione Granger from the Harry Potter series, Tris Prior from the Divergent series, and Katniss Everdeen from The Hunger Games series are all considered heroines in their own right in varying genres. They epitomize the use of the word heroine without compromising the human nature that pours from them over the pages. They are complex and interesting women that are depicted as such within their respected stories, giving young adults strong female role models that have the power of influence.

These women are strong because they have to be and they stand up for what they believe in. As human beings, they see the faults within their societies. Heroines are so crucial to the development of humanity, empathy, and courage within young women. Women are people, and as such, they can be complex and intricate—something that truly great authors are able to capture when they allow their characters to simply feel and react.

Heroines aren’t only found within the pages of books. They can be women in films such as Angelina Jolie in Maleficent, Merida from Brave, and Megan Follows from the television series Anne of Green Gables. These are real women with faults and attitude that will to be who they are because they don’t have to be anything else.

Female characters are often criticized for being too much of one emotion. They don’t span a range of human emotion, so they are categorized as one thing. Human beings are never one emotion. We feel varying emotions at any given time because that is what it means to be human. 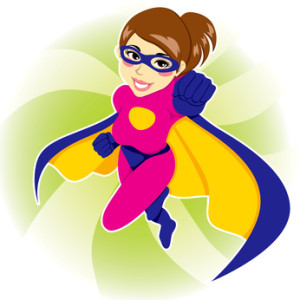 As I’ve mentioned before, I’m an avid reader. When I read, the stories become an extension of my life. I take pieces of the characters and the story and apply them to my life. I have learned so much about myself through characters and their stories that I wouldn’t be who I am without all of them: an entire bookshelf full of fantastic and wonderful women who have taught me more than I can even express. They have given me life.

And while I could go on and on about character influence, I just want to remind everyone not to be afraid to turn to role models or heroines, fictional or realized, when you are going through a tough time and don’t know where to go. They will always be there for you, waiting on the pages or on your screen. You can find a home within them where your secrets will always be kept and where friendships will always lie.