Scared of Feminism? Get Smart Now! 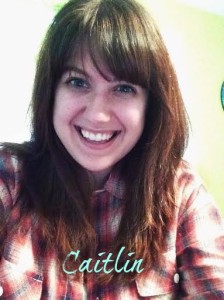 I am perfectly happy in making the assumption that these three examples are enough to get anyone riled up. However, I am biased. As a student of women’s and gender studies, I have developed a strong passion for feminism. To me, it seems like common sense that women should receive the same pay for the same work and that women shouldn’t have to worry about walking to their cars at night. So, I did what any self-respecting millennial would do and I asked the good people of Facebook.

What’s the Deal With Feminism?

Posting my inquiry about feminism garnered a myriad of responses. One feminist-identified woman stated that she felt ostracized by other non-feminists because many didn’t want to be associated with women who don’t shave or wear bras. In my humble opinion, these are merely stereotypes. Are there some feminists who don’t shave various parts of their bodies? Of course. Are there men who don’t shave? Yes. So I ask you…what’s the difference? Why are we so willing to accept one and not the other?

My friend Steve was the only male who responded to my post, and he made some astounding points. He spoke about feeling attacked whenever the subject came up. While men are the subjects of the conversation, they are not part of the conversation. While I disagree with this position, I realize it’s because we live in an individualistic society. Feminism is not pointing at specific men and wagging a disapproving finger in their faces; it is a discourse aimed at dismantling the systems that inherently keep some down, while raising others up. This is no reason, though, to get angry with or attack men like Steve. We live in a society where we are taught to work and advocate for ourselves, climb the corporate ladder taking no prisoners. This, in my humble opinion, is perhaps where we have gone wrong. It is time to change our systems.

I am still developing my own thoughts about what feminism means in our world today. I am by no means an expert on the topic, though I do acknowledge that I have educated myself to a greater extent than the average American.  I want feminism to be all-inclusive. There is beauty in being a woman, in being a man, and everything that lies outside of that binary. I think feminism requires an empathetic approach and a willingness to listen to all sides of an argument.

My feminism is one in which we all work together to dismantle these systems of oppression. I can understand why this would be scary to some, but I am not talking about militant feminism. I encourage a discourse that encourages and requires intelligent and empathetic communication to break down the barriers that holds each citizen from fulfilling their fullest potential.

About the Author: Caitlin Bradley

Caitlin is a senior at The College of New Jersey working toward a degree in Women's and Gender Studies. She is particularly passionate about creating social change, and empowering young women. She hopes to forge a career with a non-profit organization dedicated to reminding young women how amazing they are. Caitlin is very excited to share her thoughts alongside this group of wonderful ladies, and hopes you enjoy her work!