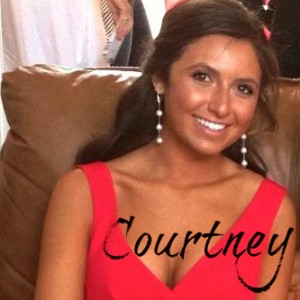 I am famously uncoordinated. So much so that my friends thought it would be hilarious to add my name to the roster of almost every athletic team in high school. Each season began with a coach calling my name and the actual members of the team snickering at the joke. In spite of this all, I decided to take preemptive measures one day and actually show up for one of the teams.

On the first day of practice when my name was called for indoor winter track, I was, to everyone’s surprise, present. With my tennis sneakers tied tight, I was ready to challenge everyone’s opinion of me, including my own. Of all the sports teams to join at school, I was confident that track would be the easiest of them all. After all, doesn’t it just involve two feet? Even I can run around in a circle.

To my surprise, I found that track was not as simple as I had predicted. First of all, my tennis sneakers were not considered “appropriate gear.” Clearly all sneakers are not created equal – the first of many lessons I was about to learn. I found it easier to walk in stiletto heels than race in track shoes. Also, there was far more strategy and pressure than I imagined. It seemed like all the small talk and sympathetic nods in the world wouldn’t convince my teammates or opponents to let me inch by or perhaps not even run their hardest. It wasn’t long before I realized I was the only runner hanging idly by the concession stands.

There were times the season seemed never-ending, but I was determined to stick it out like a true team player. Though my track experience officially marked the end of my “sports career,” I can confidently say that I gained a valuable experience and even had fun along the way. I certainly didn’t win any races, but I did reap many other rewards. I learned not to rely on false assumptions and I realized the satisfaction of actually seeing something through. If I hadn’t tried out for the track team, I would still be wondering today if I were actually good at it. 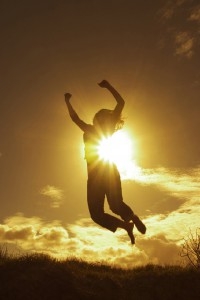 Looking back now, I can honestly say finishing the season was an accomplishment in itself. It gave me the reassurance that I could try anything I set my mind too, even if it entails failure. I might have fallen a few times, but I got up, and just kept going. I laughed, I cried, but at the end of the day I ended the season with a smile, knowing I gave it all my best. In the end, I was an actual contributing team member and not just a joke on a piece of paper.

We may not all be track stars, but we all have the endurance to try something new and show others that WE ARE capable of anything to which we set our minds. We may fail, but that’s ok. I promise. Failure is motivation; there is always room for improvement!

Just like a track field, we all have different routes in life that we must take in order to get to our finishing line, our personal goal. As a college student, I have taken so many different routes to get to where I am today. Some routes are windier than others, and some may seem scarier than you imagined, but that should not stop you from giving it a try. Don’t hide by the concession stands, avoiding what’s really in front of you. Tie your shoes tight and give it all our best. You will go far! I promise.

About the Author: Courtney Levitt

Courtney is a sophomore at the University of Maryland, College Park, studying Communications. She is an active member in the Greek life community and loves being a member of the Phi Sigma Sigma sorority. Courtney was born and raised in Baltimore, Maryland. While she spends a majority of her time in Maryland, she takes advantage of her breaks and travels to Florida, where she spends time with family and friends. Courtney loves creative writing, blogging, travelling, social media, fashion, hot yoga, trying new things, and giving back to others. She believes that everything in life happens for a reason. She is excited to share her thoughts and experiences as sources of inspiration and even motivation for others.