When I was going away to college, I never gave much thought to getting involved on campus. That wasn’t my main concern. When a bunch of girls in my hall decided to rush sororities during the second semester, I thought about it too. I rushed my freshman year and ended 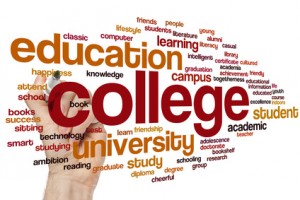 up dropping out. The experience reinforced my belief that I didn’t belong in a sorority. I was wrong.

I rushed my sophomore year and found one of the best groups of girls. After joining Zeta Tau Alpha, I got a new perspective with what Greek Life was really about. Although I transferred and I am no longer active in the chapter, I wish it would have worked out differently. Zeta holds a special place in my heart and no matter how long I was in the chapter or how far I’ve gone, I’ve taken so much from it.

Being in a sorority taught me the importance of  getting involved and volunteering. Our philanthropy is breast cancer education and awareness. One of the first things I did as a new member was make blankets to bring to cancer patients during their chemo treatments. I was making a difference hands on and knew that something like this would indefinitely impact someone else’s life for the better. No matter what philanthropy you are representing, take part in volunteering opportunities because they are the basis of what you are representing. No matter what philanthropy your Greek organization supports, take advantage of the the volunteer opportunities because they are the basis of what you, as a member, represent. The right sorority can assist you in making a positive difference in the world.

You are also able to take on many leadership roles as a member of a sorority. There are committees for almost everything and getting involved with a leadership position looks great on a resume. You could be president of your sorority or even be in charge of sisterhood events. Every role is just as important because you’re in charge of something to bring to the sorority and campus. You’re taking initiative and responsibility for the rest of the chapter. You can learn so many skills from leadership to responsibility and so much more. I wish I was able to take on more of a leadership role in the organization, but because I transferred I was not able to do so.

“I don’t need to buy my friends.” Just because you have to pay dues does not mean you’re buying your friends. I hate to break it to you but there’s no charge for friendship. When I joined Zeta I met people who were just like me and people who were completely opposite. However, we all share the same organization. When I was going through a rough patch, they helped me get through it. They made me feel like they were my home and anything that was making me upset, I could go to them for. You can’t pay for that.

Overall, joining a sorority was one of the best decisions I’ve made. It’s empowering to represent something bigger than you. I met some of the best people in that sorority and I wouldn’t change a thing. I had one semester in it and to think this highly of such an organization in such a short amount of time is rare. You won’t be paying for your friends. You’ll be building the foundations of friendship, leadership, and courage. My time with Zeta was short but not a day goes by where I didn’t wish I had more.

About the Author: Lisa Marcellari

Lisa Marcellari is a junior at Montclair State University pursuing a Bachelor’s Degree in Public Relations. Her previous intern experience includes working as the Communications and Social Media Intern for Emerging Learning Design in the Spring 2017 semester. Lisa works at New York Sports Club as a Welcome Team Member and a Child Care member. Lisa has done volunteer work with the American Cancer Society participating in Relay for Life for four years. Her previous education was at Towson University from August 2014 to May 2016. During her time at Towson, Lisa was a member of the Zeta Tau Alpha fraternity and participated in many events for their philanthropy: breast cancer education and awareness. She was also a member of the National Society for Collegiate Scholars. Lisa can’t wait to take the next step as a new intern for Get Smart Mentoring.