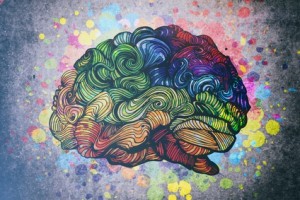 As a part of my summer internship working with Get Smart, I have been assigned a mentor. My mentor’s job is simply to talk to and get to know me, and ask me questions to get me to think critically. Our last meeting had us both contemplating. My mentor asked me how I could possibly not be worried about going abroad all of my next academic year, and was astonished by my explanation — which has prompted me to write this article.

We are living in a busy, fast-paced, and ever-changing society. So many different responsibilities tacking onto each other has led most of us to become very anxious. In fact, the Anxiety and Depression Association of America states that anxiety disorders are the most common mental illness in the United States, and the National Institute of Mental Health reports that they affect roughly 18% of the adult population.

Overtime, I have come to realize that worrying about each and every event or issue occurring in the present or future, whether monumental or minute, will only hinder my progress toward achieving anything. When my mentor asked me how I could be so unafraid of moving to another country for a year, I told her that I was still involved in the process of getting my visa to go abroad. If I can’t get my visa, then I can’t even go abroad, so why fear something that is still uncertain and far away? I told her that when the time comes to pack and head to the airport is when my anxiety over new-found independence and anticipation of culture-shock will probably kick in — but until then, I will focus on one task at a time.

This type of thinking can be considered compartmentalizing, meaning that life’s obstacles are dealt with in increments or compartments, as opposed to all at once. Compartmentalizing has several definitions. In psychology, it means to separate emotions from thoughts, or to be rational, and is viewed as a subconscious defense mechanism or tactic to avoid anxiety or cope with issues. Though that definition sounds concerning, compartmentalization is an incredibly helpful mental tool and everyone can benefit by its logical approach to managing issues or work. I adopted compartmentalizing after I realized that needed a more stable way to think and go about life.

Here are some tips for how to compartmentalize information in order to minimize or avoid getting anxiety:

• Make a hierarchical list- Organize events and tasks from what’s most to least urgent or important. For example, working on your big project due tomorrow comes before buying new pair of shoes, despite having holes in them. When creating this list, whether on paper or in your head, be detailed in determining how significant one item is over the other and how much time each one requires in order to be completed.

• Focus on the task at hand- Work on the first task for a reasonable and sufficient amount of time and then move onto the next project. Try not to worry or think about anything besides the compartment you are in until it’s done.

• Move onto the next item- Once you complete a task, move to the next compartment. For example, if you study and then take the exam, start to work on your next assignment. Don’t worry about the grade or how well or poorly you may have done. It doesn’t make sense to scare yourself over something uncertain or no longer in your control unless there’s a second task attached onto it.

Compartmentalizing information has helped me think more rationally and stay calm during difficult or stressful situations. This tactic is particularly useful during midterms and finals week in college, standardized testing throughout high school, or managing multiple jobs or tasks at work.  If you’re stressed over several things right now, try to compartmentalize your assignments — and don’t forget to take breaks in between!

About the Author: Emery Taylor

Emery is a rising junior at Hamilton College, going abroad to Madrid, Spain for her 2017-2018 academic year. She is double majoring in World Politics and Hispanic studies with a minor in Education. To escape the isolated hill on which her Upstate New York college is located, Emery ventures to the city of Utica, where she tutors and teaches English to immigrant and refugee students from around the world. Emery has a passion for tutoring and helping others. She is also a strict vegan and animal-rights advocate. Emery is a part of her school’s Vegan Club, Black and Latin Student Union, and Trans Advocacy Committee, she is a firm believer in equality for all living creatures and works her best not to kill house centipedes—which are her greatest fear.