Get Smart about the #HeForShe Campaign 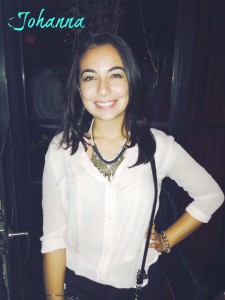 As a super-massive Harry Potter fan, I have been blown away by how Emma Watson, the actress that played Hermione in the book series’ film adaptions, has grown. She’s become an extremely intelligent and inspiring young woman, and has recently been named the UN Women Goodwill Ambassador. That’s kind of a big deal. In her new role, Emma advocates for the gender equality campaign HeForShe, which calls out to both women and men to support the fight for women’s equal rights.

It’s not a secret that women are still struggling for equality in every aspect of our society, not just in the work place. HeForShe works to break down the gender roles that cause discrimination and violence toward women all over the world. The most important step in doing this, as the campaign states, is getting men, all men, on our side. At the UN’s launch event for the campaign, Emma gave an empowering, inspiring speech calling on everyone to let go of the misconception of what feminism is. Because feminism is so often associated with “man-hating,” most men are hesitant to call themselves feminists and therefore opt to stay as far away from the cause as possible. However, as Emma states in her speech, the word’s definition is “the belief that men and women should have equal rights and opportunities.” Getting men to understand that we are not fighting against them, but are asking them to fight with us, is crucial in our efforts toward gender equality. 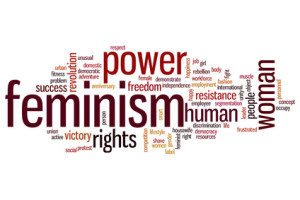 Another point made by Emma that I found truly astounding was that gender equality is not just about demolishing the discrimination of women, but of men as well. “Gender equality is your issue, too,” Emma says to the male audience. And it’s true. Men of all ages are scrutinized daily for not appearing or acting “masculine” enough. We live in a world where sharing feelings and personal thoughts is considered weak, and therefore men end up closing themselves off to protect their masculinity. These gender stereotypes are just as dangerous as those put on women.

So, the next time you see a guy roll his eyes when you call yourself a feminist, take a deep breath before biting his head off and going on a rant. Let him know that it’s not about the word, and it’s not about bringing men down. Gender equality is everyone’s fight, and we need the other half of the population to support us on the battlefield. Click on the links below to learn more about UN Women, the HeForShe campaign, and to watch video of Emma’s speech (seriously, you HAVE to watch this, it’s pretty amazing). Get inspired to make a difference! Remember, if not us, who?  And if not now, when?

Read about our mentoring and leadership development programs for girls and young women and help us grow female game changers!

Get Smart Mentoring is an exempt organization as described in Section 501(c)(3) of the Internal Revenue Code.

About the Author: Johanna Pulgarin

Johanna is a senior at Montclair State University getting her bachelors degree in English and minoring in Creative Writing and Journalism. She's an avid reader and writer, and tries to squeeze in as much time for both whenever she can. As she gets ready to enter "the real world" she's excited to share her experiences with other young women, and hopes that by doing so she'll both learn and inspire others through her own stories. Being a little older than the average college student has allowed her to think of her goals and priorities in a different light, and she has become a firm believer in living the life you want to live, the way you want to live it. Her interests include music, books, traveling, fitness, and her boxer dog Rocky.