Get Smart about Gender Segregation 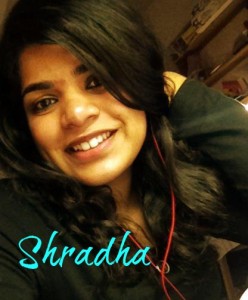 Anyone who is an avid fan of the television show FRIENDS remembers the episode where Ross goes berserk when he see’s his son Ben playing with a doll. He finds it “unmanly” and forces Ben to play with other toys that are considered more appropriate for boys. The funny twist was that Ross only begins to accept it when he is reminded of the fact that he used to dress up and have tea parties when he was a child. Like every other FRIENDS episode, I thought this was absolutely hysterical, but it was such a comical and apt description of how gender segregation emerges in our society.

I mean, think about it: how do we know what is “girly” and what is not? When do we learn that dolls are for girls and action figures are for boys? Ben didn’t know about it until it was pointed out to him and that is exactly how children learn to segregate things and situations based on gender; they are exposed to this idea either through advertisements, their peers and quiet often through their family. As much as we strive for gender equality, feminism and other egalitarian notions, we sometimes fail to see that we are divided based on gender…straight from our childhood.

Let’s rewind to the time where it all began. When we were kids, what was the one thing that most us of threw tantrums over, cried about and pestered our parents to buy? Toys. We all had our little (sometimes big) stash of toys that we loved to hoard as kids. It doesn’t matter which part of the world you were raised in, we all had our share of toys. But as innocent as it might seem, it is quite often where gender segregation starts to root itself.

The minute we enter any toy store, there is an automatic division that takes place right from the color coded aisles of the store to the types of toys that are present in these aisles. On one hand, we have the elegant and beautiful dolls for girls and on the other we have the aggressive and muscular action figures or anything that represents strength and power for boys. Slowly, over time, these segregations begin to develop as children go to school, college/university and finally the workspace. Even when children begin to associate with others of different genders, there is still a varying perception that each of them hold because of the gender culture that they grew up with. At times, it also makes it hard for them to understand each other’s behavior. How many times do we hear, “Women are so complicated” or “Oh! She is so sensitive” and my personal favorite, “He never gets me!” These feelings are not something rare; we all have faced them at some point in our lives. But the fact is that these feelings exist because we are brought up in different gender environments.

Is Separation the Answer?

I would like to think that in the current day, gender segregation would have reduced tremendously. But there are still a lot of instances that make me believe that it hasn’t reduced as much as it should. I remember reading an article sometime back that a couple of states were trying to segregate some of their public schools based on gender. Their reason for this was that if students interact with other students of the same gender, it could boost their self-confidence, their grades and their participation in class. Personally, I think that our gender has nothing to do with our character; some of us are shy and some of us are more open. Instead of segregating schools, it would be more beneficial if schools created a gender-neutral atmosphere and avoid generalization when interacting with students.

We cannot deny that there are several parents, schools and other social environments that try to establish a gender-neutral environment. But since you cannot control every move a child makes, it is hard to keep up with this notion. Gender differences could be planted by an outside source at anytime. I believe that it is important to tackle this issue right in the beginning. Children are quick learners; if from a very ripe age every child interacts with the world neutrally and without any divisions, then we wouldn’t even have to be fighting for or even talking about gender equality and feminism. I don’t know if there is a permanent solution, but I do know that over time this division of gender amongst children has become blurred. How long until it completely disappears and we can walk past a group of boys playing with Barbie dolls and not give them a second look?

We will just have to wait and see.

About the Author: Shradha Shetty

Shradha is currently an undergraduate student in her junior year at New York University. She is a politics major and is also pursuing a Business Studies and Sociology minor. Having lived and studied in India most of her life, Shradha moved to New York with the goal of understanding and learning more about the world and consequently use all her experiences and knowledge to become a social entrepreneur and contribute to the global society. She believes that it is never to late to make an impact on the world and with a little guidance and perseverance nothing is impossible.