Unplug Love: How to Disconnect to Find the One

These are lyrics to one of my favorite songs of all times, Iris by Goo Goo Dolls. It was written for the movie City Of Angels and is sung from the perspective of Nicholas Cage’s character who is an angel sent to help humans make their transition to the afterlife. But, he eventually falls in love with a human and must make a choice between love and eternal life. And of course, he chose love. Such is the power of love. But that movie was almost two decades ago.

In today’s world, it seems to be a different story. We are always so caught up with chasing our dreams, our work, making an impact on the world, and earning bucket loads of money. We so often tend to put love in the backseat of our lives. I read somewhere that today’s generation may have actually forgotten how to love someone. And can you imagine how sad that is if it really is true?

At the rate we’re going, it just might be. We engage ourselves so much in the virtual world that we fail to distinguish reality from it. I don’t have anything against online dating sites or networking sites, but it is increasingly becoming our only resort to find someone. Our idea of a good conversation has become a series of emojis and texts exchanged between two people. And if we’re lucky enough to find someone after “poking” and sending friend requests on social networking sites, it only lasts as long as commercials on television. Once we know most of what there is to know about the other person, we lose interest and look for another. We’re constantly looking for the “perfect one” instead of looking for “the one.” We think, “she’s nice, she’s smart, but she doesn’t look like a supermodel.” Or, “He’s nice but he doesn’t like the same things as I do.” We have grown up enough to move out and earn a living of our own. But we fail to understand something as simple as love. We fail to realize it is much deeper, it is more than just being attracted to somebody’s physical appearance. 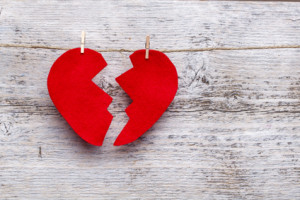 We are too scared to commit ourselves to anything–a job, a hairstyle, a location,  let alone a person. Most of us think we know love, but do we really? It’s becoming a game of who gets out first without being hurt or before being dumped by the other. We find it easier to end things before they even start to save us the heartache. And those others who have had their hearts broken are too scared to again feel the pain they were put through. The fear of having their hearts broken or being cut out again haunts them and they hold on to bitterness. But is the thought of failing worth not trying? It might not have worked out the first or second time or even the third. But that doesn’t mean it never will.

Get off your couch. Put yourself out there. Scary as it may seem, it will be worth it. Look up from your Tinder, go out and meet interesting, beautiful, real people and have real conversations with them. Go out on dates, get coffee together, do regular things like grocery shopping, or going to the gaming arcade. If there is one thing dating should be, it’s fun! Get to know the person for who they really are and don’t compare them with people from your past. Give love a chance. It’ll totally be worth it.

About the Author: Shreya Attavar

Shreya is a post graduate student pursuing her MBA in fashion retail and merchandise at Vogue Institute of Fashion in Bangalore. Having lived with family most her life, Shreya moved to Bangalore with the hope to find herself and experience life as it is. She loves to read and get engrossed in a book. Shreya believes that a woman can achieve milestones once she sets her heart to it. Writing being her best form of expression, she was inspired to intern at Get Smart and hopes her work inspires more women around the world.